Illustrations by Rockwell Kent
​Chapter 42, of Herman Melville’s Moby–Dick is entitled “Whiteness of the Whale.” For Melville this descriptive title symbolizes America before the Civil War. The whale, or “demon,” represents original sin, and slavery, which divides the country. While Melville was working on Moby-Dick in 1850, Nathaniel Philbrick in his book Why Read Moby-Dick, comments that “Boston became the epicenter of outrage [towards slavery and the] Fugitive Slave Law, and [that] Melville’s father-in-law, Judge Lemuel Shaw, was the reluctant focal point. Although Shaw hated slavery, he also loved his country and its laws, which it was his duty to uphold. So it was Shaw who ordered that a slave who’d made his way to Boston be turned over to his Southern captors. Riots and general bedlam erupted, with Shaw being hanged in effigy” (Philbrick 54).
Melville finished Moby–Dick and was ready to send it to his publisher when he met Nathaniel Hawthorne. In the friendship that ensued, Hawthorne challenged Melville into tapping into the dark epic strengths of Shakespeare’s tragic characters, resulting in the creation of the character Captain Ahab.

Illustrations by Rockwell Kent
“Embedded in the narrative of Moby–Dick is a metaphysical blueprint of the United States. Melville fills the book with telling similes and metaphors that allow a story set almost entirely at sea to evoke the look and feel of America in 1850” (Philbrick 62). 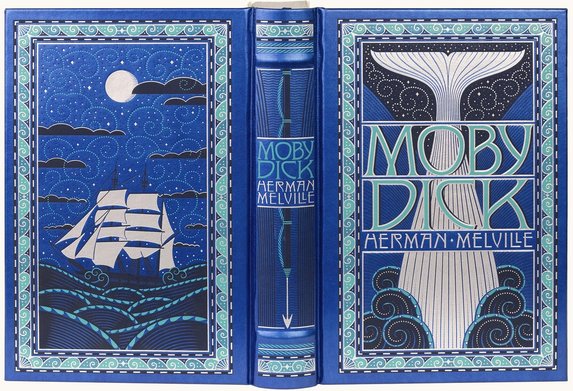 In Melville’s Moby–Dick, slavery represents the original sin of the Old Testament, with humanity like Jonah running from that sin to the ends of the world, Before finally being swallowed up by the huge white whale representing slavery and its dark consequences.

Moby-Dick and Oil-Field Diving in the Gulf of Mexico

Where a 21st-century Ishmael full of wanderlust might go to ‘see the watery part of the world.’I first attempted to read Moby-Dick in the summer of 1975. My grandmother, born in 1909 and baptized Caroline Gorgas Pickel, read voraciously her whole life. She subscribed to the International Collectors Library Book Club and bought me a copy of Melville’s masterpiece as a gift. I was eleven years old and recall reading a dozen or so pages before putting it down. The book seemed unreadable, and I considered discarding it. However, the edition had a fancy-looking faux-leather cover and seemed important in the way that collectible books do to a kid. Also, the way my grandmother described Ahab and the albino whale hooked me deep. I could hear Ahab’s whalebone leg striking the deck with a sound like the “crunching teeth of sharks” and picture the immortal whale with “groves of spears” in his marble-white flank. Needless to say, I kept the novel and have it on the bookshelf now. My grandmother inscribed the front leaf. We were close, and it is the only hardback novel she ever gave me. Many years later I read Moby-Dick properly, and Melville’s world poured into my own like an ocean swell.